This is the second volume of Ted Grant´s Writings, which covers the period from 1943 to the end of the Second World War in 1945, when he was involved in establishing the genuine forces of Trotskyism in Britain. As editor of the Socialist Appeal and political secretary of the Workers´ International League, he became the principal theoretician of the British Trotskyist movement and drafted its main documents and resolutions throughout this period.

Ted´s participation in the revolutionary movement was to span a period from 1928, when he was introduced to Marxism, through to his death in 2006. For all those who knew him, he was a truly remarkable and inspiring figure.

The articles and documents contained in this second volume of his Writings coincided with the emergence of WIL as one of the most successful Trotskyist groups in the world. In 1944 it fused with the remains of the old Revolutionary Socialist League to form the Revolutionary Communist Party, and was recognised as the official section of the Fourth International in Britain.

The first two volumes covers a decisive period in history. It was the most testing time for British and world Trotskyism. As Hitler occupied Europe, the WIL was alone on the continent in applying the proletarian military policy that had been outlined by Trotsky. This it managed to do in the most successful fashion, allowing the WIL to establish an important proletarian base. By the end of the war, revolutionary events had swept Europe, as Trotsky had predicted, but were derailed by the Stalinists and social democrats.

The weitings in this book constitute an essential and rich part of the theoretical heritage of Marxism, which can serve to educate the new generation of workers and youth who are enetering into political activity at this time of deep capitalist crisis. 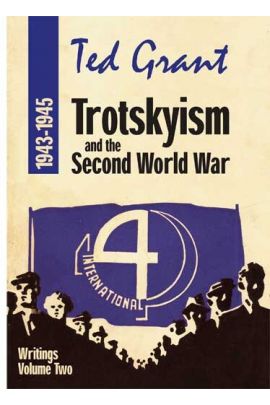