In this epoch of instability, crisis, war and ever-growing inequality, Marxism is becoming an incresingly attractive proposition to millions of workers and young people around the world. The old mole of revolution, to use Karl Marx´s own phrase, is burrowing deep into the foundations of society.

And yet we are repeatedly told that Marxism is either irrelevant, or out-dated, or even dead. Yet, if that were true, why are so many books and articles churned out year-on-year attacking Marxism? Clearly the powers that be are rattled or indeed frightened by these "dead" ideas.

So what is this set of ideas that frightens them so much? Marxism - or scientific socialism - is the name given to the body of ideas first worked out by Karl Marx and Fredrich Engels more than 150 years ago. In their totality, these ideas provide a fully worked-out theoretical basis for the struggle of the working class to attain a higher form of human society - socialism.

This book is aimed specifically at newcomers to Marxism. A bestseller now in its second edition, it comprises introductory pieces on the three component parts of Marxist theory, corresponding broadly to philosophy, social history and economics: dialectical materialism, historical materialism and Marxist economics.

Complementing these introductions are key extracts from some of the great works of Marxism written by its most outstanding figures - Marx, Engels, Lenin and Trotsky. 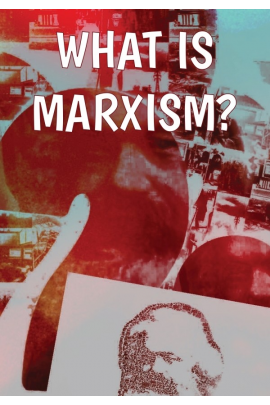