The First World War: A Marxist Analysis of the Great Slaughter

“What passing bells for those who die as cattle?
Only the monstrous anger of the guns.”
—Wilfred Owen, ‘Anthem for Doomed Youth’

Alan Woods uses the method of Marxism to answer this question. He explains that, actually, whilst the individual can often play a role in history, to explain events such as wars, you must look at deeper causes.

As well as dealing with the origin of the war, Woods traces the conflict through its development, looking at the role of all the major actors, and their imperialist aims. He shows how, in the midst of the despair of the trenches and the home front, a new consciousness was formed.

He also makes the case that it was the German Revolution that brought the war to an end, and how a revolutionary wave swept across Europe. The book also looks at the Treaty of Versailles and how the victorious powers imposed the deal on not just Germany but the rest of Europe.

Given the amount of nationalistic mystification from all sides about the First World War, a history of the subject from the standpoint of the world working class is essential. 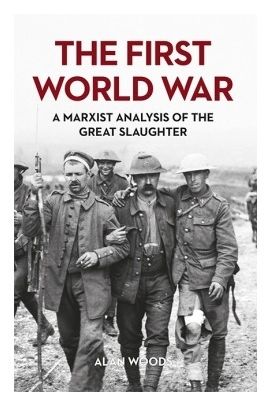